Gateshead adoptive mum speaks out about FASD, “the invisible disability”

Helen is a North East mum whose three adopted children were all born with what she calls “the invisible disability.” As part of FASD (Foetal Alcohol Spectrum Disorder) Awareness Day, Helen is sharing her story and calling on parents around the globe to have a safer pregnancy.

FASD is a term given for a range of preventable mental and physical disabilities that can be caused when a developing baby is exposed to alcohol in the womb.

“When we adopted our eldest daughter in 2000, no one mentioned FASD, so little was known about it back then. She had suffered neglect as a baby and we had so much love to give – as with all our children, we just wanted to provide them with a loving, safe and secure home.

“Life has been hard for the whole family. My husband and I have been under enormous stress and suffer huge anxiety about the present and the future for our kids. I love my children so much; it breaks my heart that they face so many challenges and find it hard to cope with everyday life because of something that is preventable.

“They have no major physical difficulties but even though they are young adults, they act much younger than their chronological age. It’s hard for other people to understand, and it’s hard to see them left out of social situations and not being part of things that should just be an everyday part of growing up.

“For the first 10 years, we had no major concerns about our eldest daughter. Around the time she started Secondary School, the bad behaviour started and she began getting into extreme rages, breaking things, lying and stealing. At school, she was very disorganised and struggled with her concentration. At home, there were occasions where she started pulling doors off hinges, making holes in the wall, throwing things and biting. Things became so hard. She still finds it hard to hold life together but is trying so hard now that she has a young child of her own. When she discovered she was pregnant, the first clear decision she made was that she would not drink in pregnancy and we’re so proud that she never touched alcohol while pregnant.

“Our son lives with severe learning difficulties and is very isolated. He doesn’t really have any friends and doesn’t leave the house, except to go to college. He also has sensory issues and is affected by bright lights and loud noises, labels in clothes – all sorts of everyday things. I feel for him so much, it is heart-breaking to see. Between home and college, his life is so small.

“Our youngest daughter also struggles with her friendship groups and has social issues. She has never been able to eat properly and lives with anxiety. When she was in year 10, she started refusing to go to school and dropped out. I cut back my hours at work so that I could be with her and home school her. Fortunately, she has just started college to study catering and I stay positive that it will work out for her. It’s hard having the worry of how she will manage at college, on top of everything else.

“I also worry that she is very vulnerable. Her judgement is poor, she has little reasoning or sense of consequence. At 16, she just says ‘you can’t stop me’, but it is a big concern as we know she isn’t equipped to deal with things.

“There are similarities between the three, but huge differences as well. FASD affects children in lots of ways. All three have poor Maths and reasoning skills, extreme impulsivity and a lack of empathy. It is hard for them to learn from the consequences of what they do.

“We pushed for answers, but it was hard to get the right support. After years of waiting, our children were all diagnosed with FASD around three years ago. It was incredibly emotional. Having the diagnosis has helped them and us enormously, and we have had some support since then. Now they better understand why they feel the way they do. It’s good to have some answers and some strategies, but it can be very isolating having kids with an invisible disability and it takes its toll on all the family.

“There are so many mixed messages out there about drinking and pregnancy. It is hard for women at an already confusing time. But my message to mums-to-be is that it’s not worth the risk. The damage of FASD is so intense and it is lifelong. No one would wish that on their child.”

The latest guidance updated in 2016 from the Chief Medical Officer, advises women that if they are pregnant or planning a pregnancy, the safest approach is not to drink alcohol at all, to keep risks to the baby to a minimum.

However, the advice also states that women who find out they are pregnant after already having drunk during early pregnancy, should avoid further drinking, but should be aware that the risk of harm is likely to be low if they have drunk only small amounts of alcohol before they knew they were pregnant or during pregnancy.

“There are so many mixed messages out there about drinking and pregnancy. It is hard for women at an already confusing time. But my message to mums-to-be is that it’s not worth the risk.” 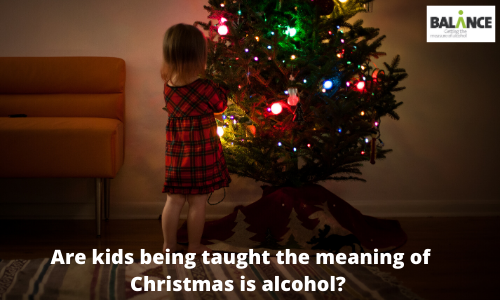